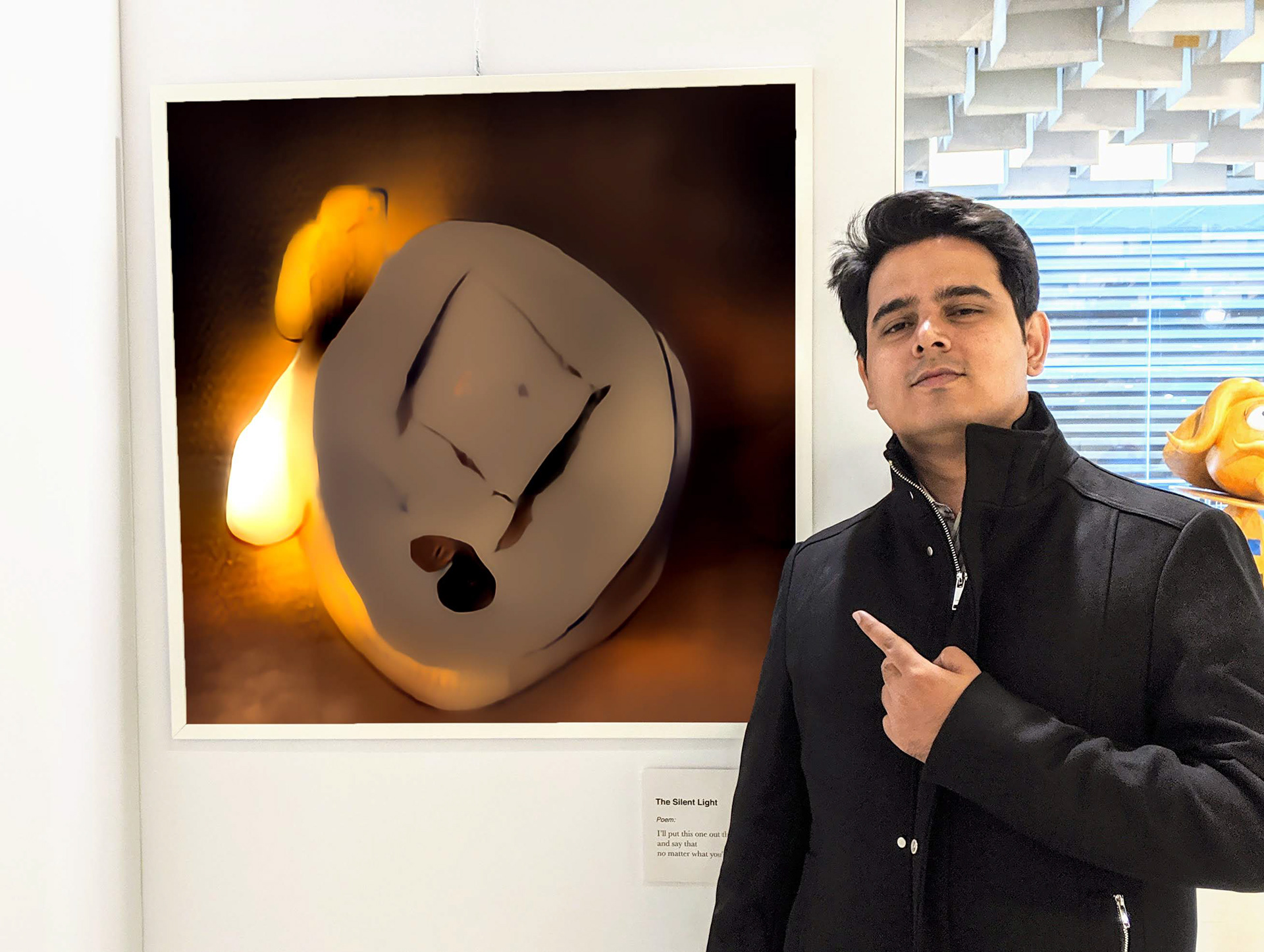 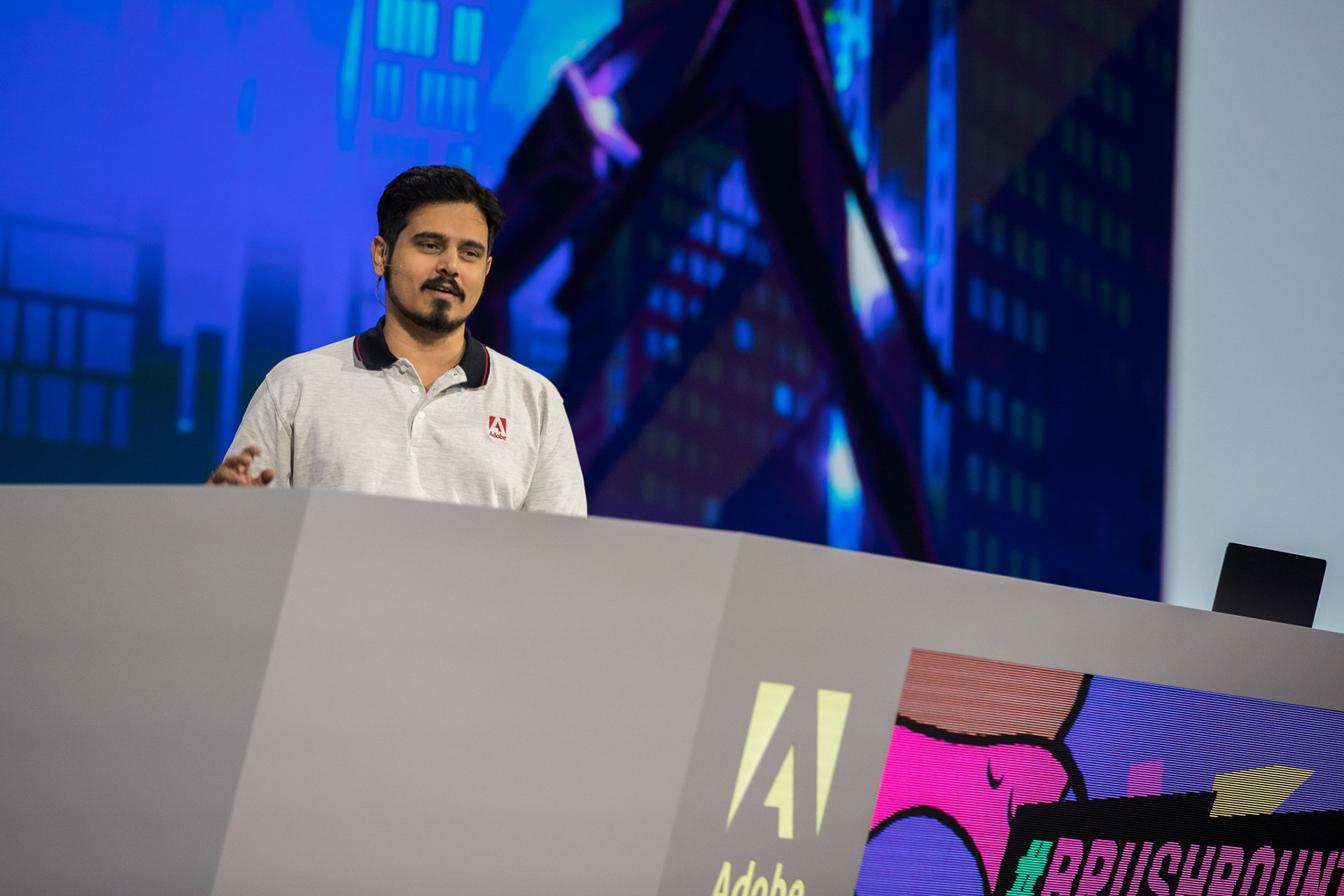 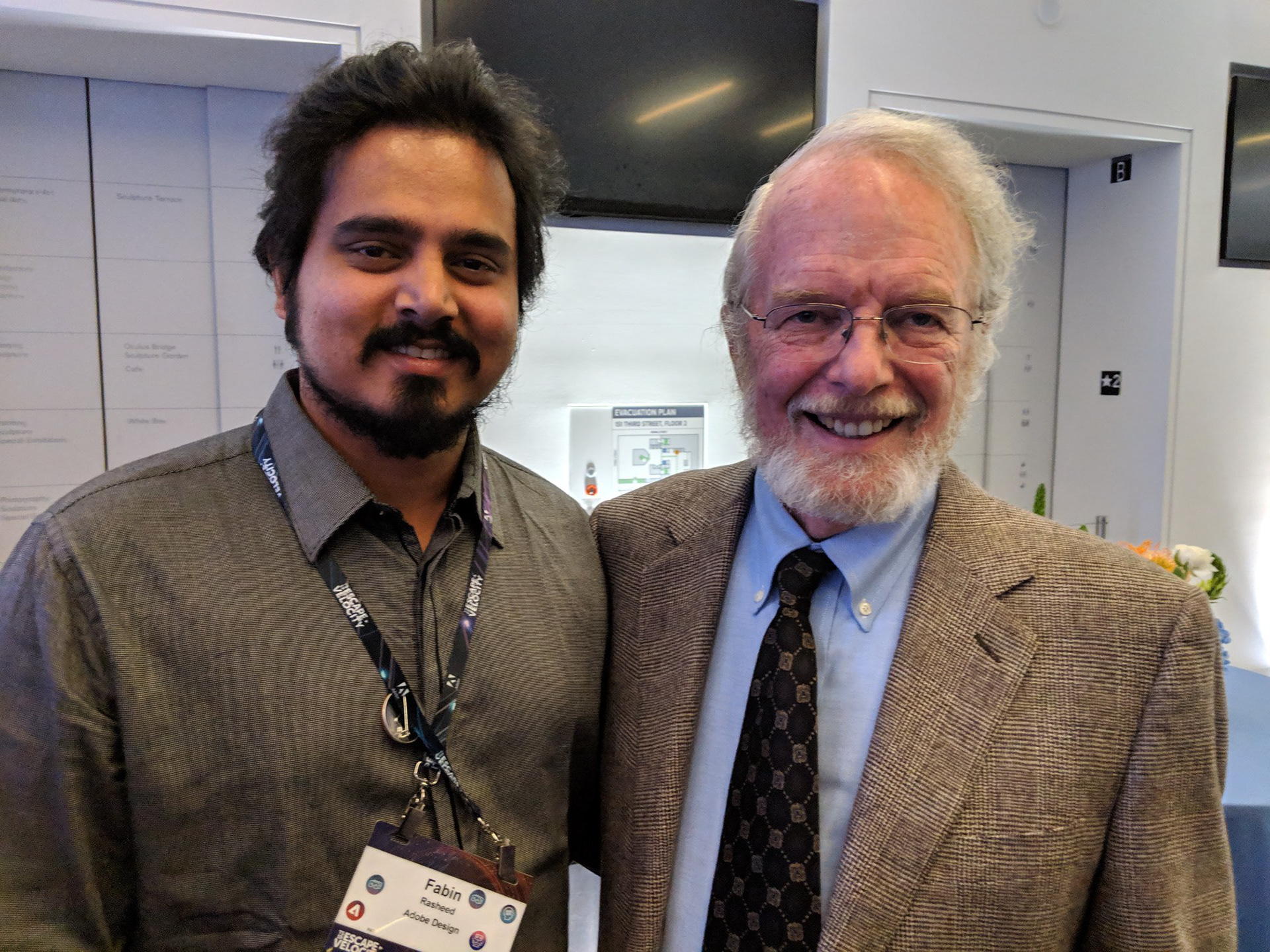 With the Founder of Adobe 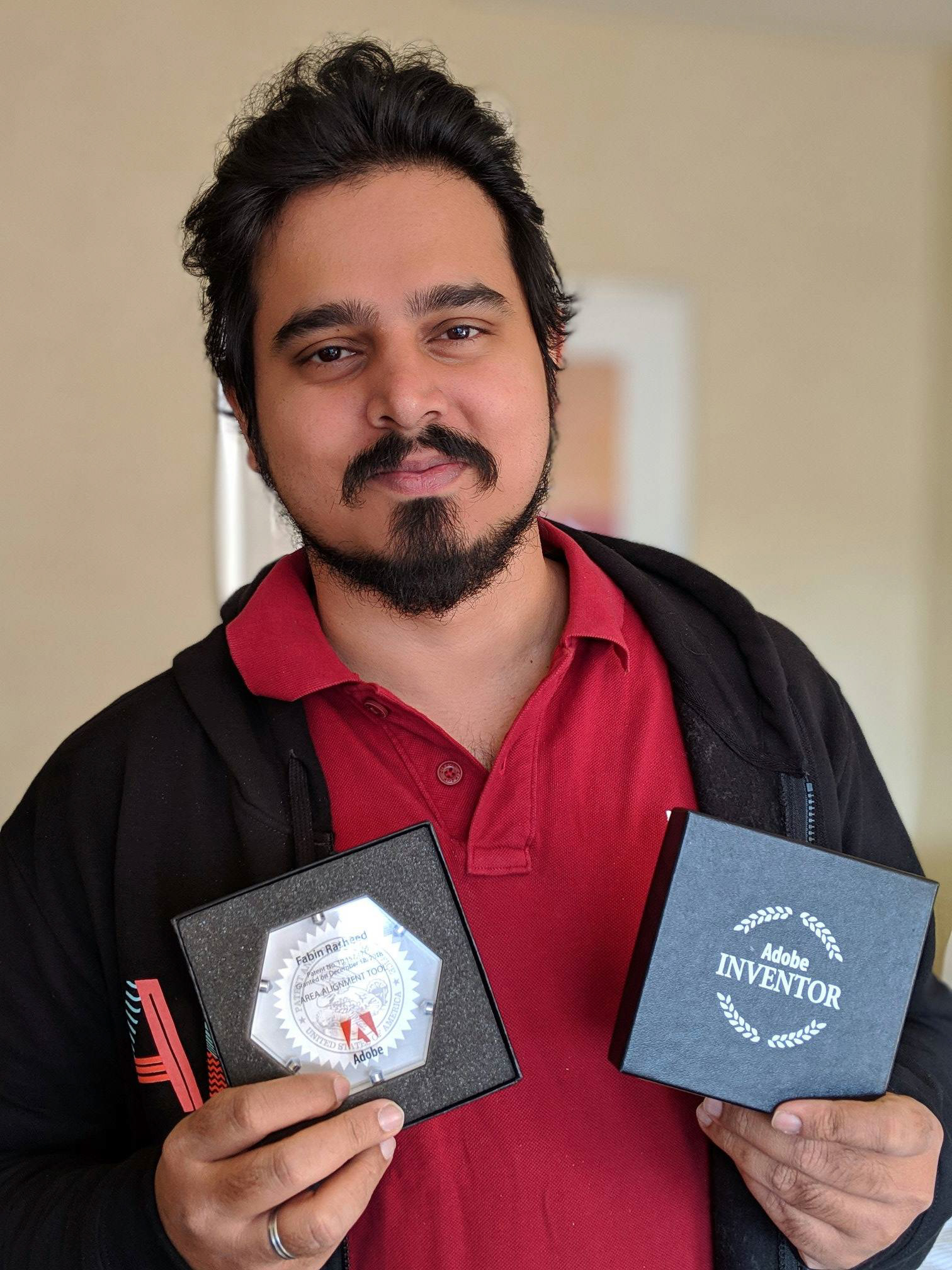 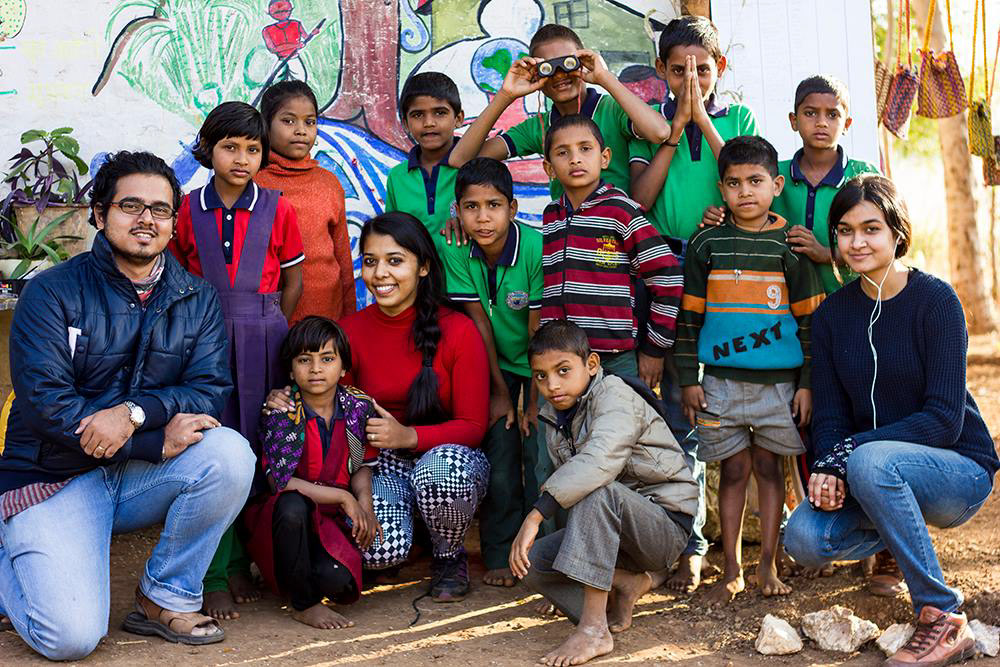 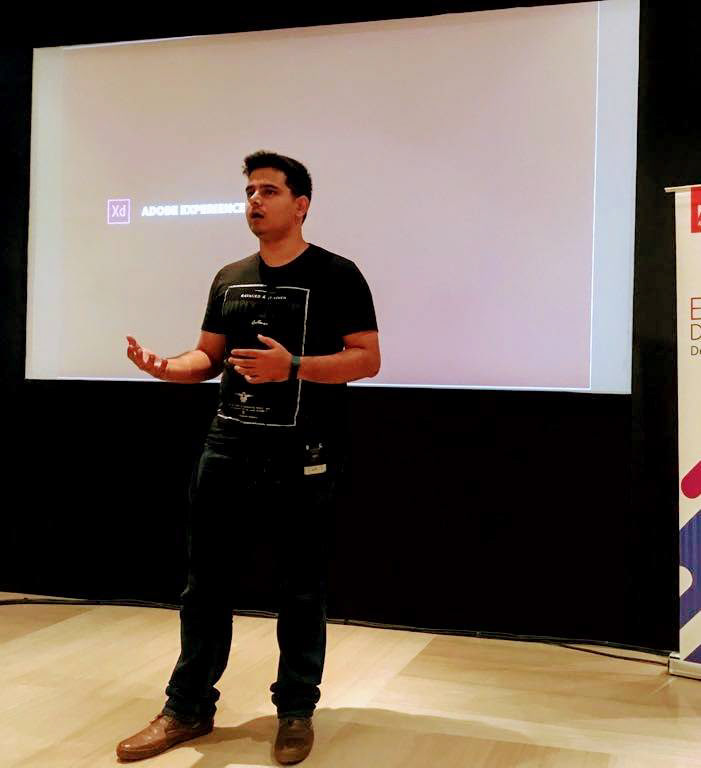 With the Vice President of India and other dignitaries 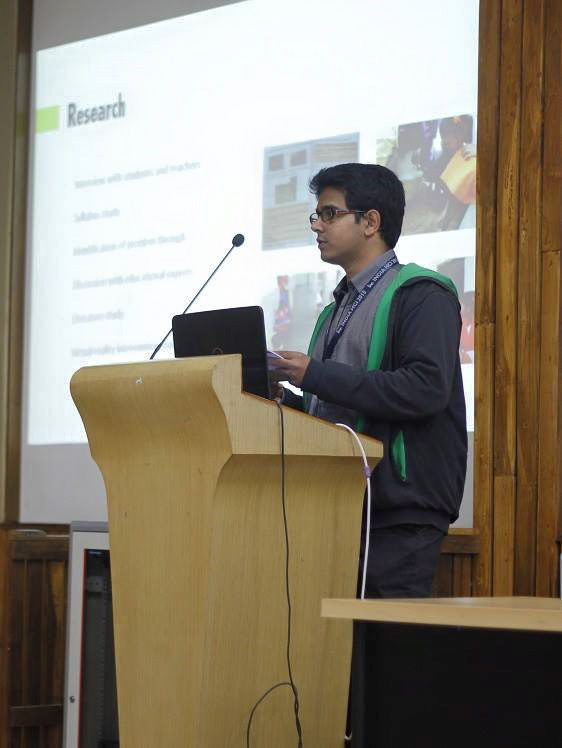 Fabin Rasheed is an India based Artist, Designer, Innovator and Technologist working in the intersection of Creativity and Technology. He has previously worked with companies like Xerox Research and Adobe as an innovator, where he had invented new expressions of creativity and had filed multiple patents in art and creativity. He holds a Masters Degree in Design from the Indian Institute of Technology Hyderabad.
Fabin's works revolve around either creating tools for creativity or using technology to augment creativity and make art. Interestingly enough his works span a wide variety of technology like Artificial Intelligence, AR/VR, Gestures, Voice, Generative arts etc. His works have been featured in multiple international venues like the Florence Biennale (Florence, Italy), Ars Electronica Global Gallery, NeurIPS Creativity Gallery (Vancouver, Canada), Contemporary And Digital Art Fair (CADAF), Cueva Gallery, Raritan Gallery,  Cobalt Gallery (Bangalore, India), Re.Work AI Summit (San Francisco, USA),  etc. and have received multiple awards.
Notable works featured in global media and exhibitions:

1. Presented one of his innovative works at Adobe Max 2018 ( https://www.youtube.com/watch?v=Q9GUnQvkQOc ) to an audience of more than 12,000 creatives gathered in Los Angeles.

2. His project on Augmented Reality based sculpting project was featured in Mashable ( https://mashable.com/2017/08/26/apple-arkit-ar-scuplting-app-apple-pencil ) .

5. AI-brushes project ( www.nurecas.com/ai-brushes ) , which is a series of explorations on creativity and future expression of drawing tools using Machine Learning. The project has yielded viral videos like https://twitter.com/fabinrasheed/status/1191255610479669248?s=20

10. He has filed 7 patents as a primary inventor in the field of creativity, 5 of which have been granted so far ( https://patents.google.com/?q=fabin+rasheed&oq=fabin+rasheed ) . He also has contributed to scientific research publication in AR/VR and AI.